The brand Zhor & Néma™ is the fruit of the complicity between two French sisters Zhor and Néma Tiber, both having a long experience in creating Knitwear and Fur as freelance designers over the last twenty years.

The Tiber sisters grew up in Morocco watching their father, passionate by avant-garde fashion, imagining outfits for their mother, who was his muse. Naturally, first Nema and then Zhor chose to pursue their education in fashion design.

They have worked with numerous prestigious fashion houses in Tokyo, Paris, New York.

In March 2007 the sisters decided to join their efforts and talent to launch the thrilling adventure of establishing their own brand, Zhor & Néma™. Very soon the brand enjoyed an international success and sold worldwide.

Unfortunately, Néma Tiber passed away in 2009. Her sister Zhor decided to go on with the brand, to follow the spirit and the style created together with her sister and to continue their beautiful adventure.

The brand Zhor & Néma™ intend to express the essence of Parisian timeless style, a style created for a woman who resembles the designer herself: feminine and modern.

The creations of Zhor & Néma™ are sophisticated and they reveal that quality is the designer’s constant concern. Production materials are selected among the best existing. All models combine originality and refinement, modern know-how and eternal French touch.

Through her creations Zhor Tiber wants to convey her passion for style and elegance, a fascinating insight into the universe of Zhor & Néma™. 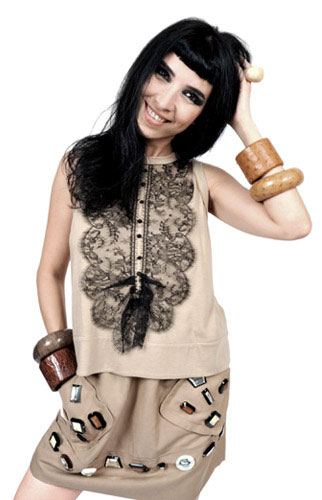